This site uses cookies to provide you with a great user experience. Select “Accept Cookies” to continue or “More Information” to view detailed descriptions of cookie types.

More Information
VERIFY YOUR AGE
ARE YOU OVER 18 YEARS OLD?
YES
NO
YOU HAVE TO BE OVER 18 TO VIEW THIS WEBSITE
The Estate

A story to be told

/ A story to be told

Estate Argyros has been established in 1903, but the Argyros family has been involved in wine production for decades before that. Since the beginning, there has been a focus on both wine making and vine growing, through a deep understanding that great grapes are always a prerequisite for great wines. Each generation contributed to the development of Estate Argyros wines on both fronts.

Although multiple generations of Argyros made fine wines from top quality vineyards, it was Yiannis Argyros that propelled the estate into the world’s wine producing elite. He took hold of the estate in 1974 and worked tirelessly for more than three decades to prove that his Vinsantos are some of the finest, rarest sweet wines in the world. Moreover, Yiannis was instrumental in proving that the dry Assyrtikos of Santorini can be sublime and age worthy. 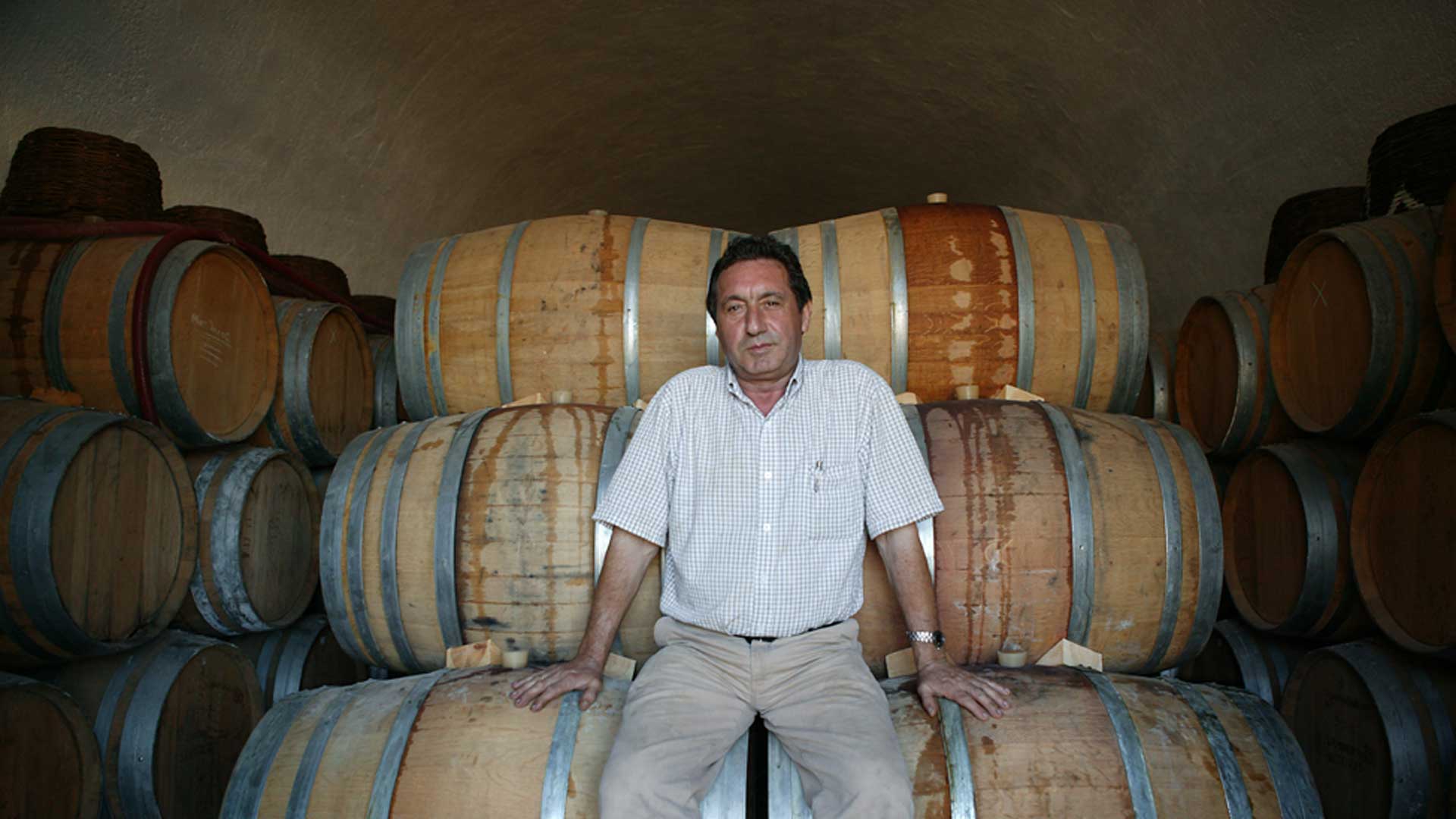 Matthaios (Matthew) Argyros, the fourth generation of wine growers, is currently at the helm of Estate Argyros, since 2004. He has been the driving force behind the establishment of the new winery and the further acquisition of vineyard land. Matthaios is travelling widely, not only for promoting Estate Argyros wines but also to see the great vineyards and taste the finest wines of the world. His acute attention to detail and his depth of knowledge of the Santorini vineyard, guarantee that the future of the Estate is in safe hands. 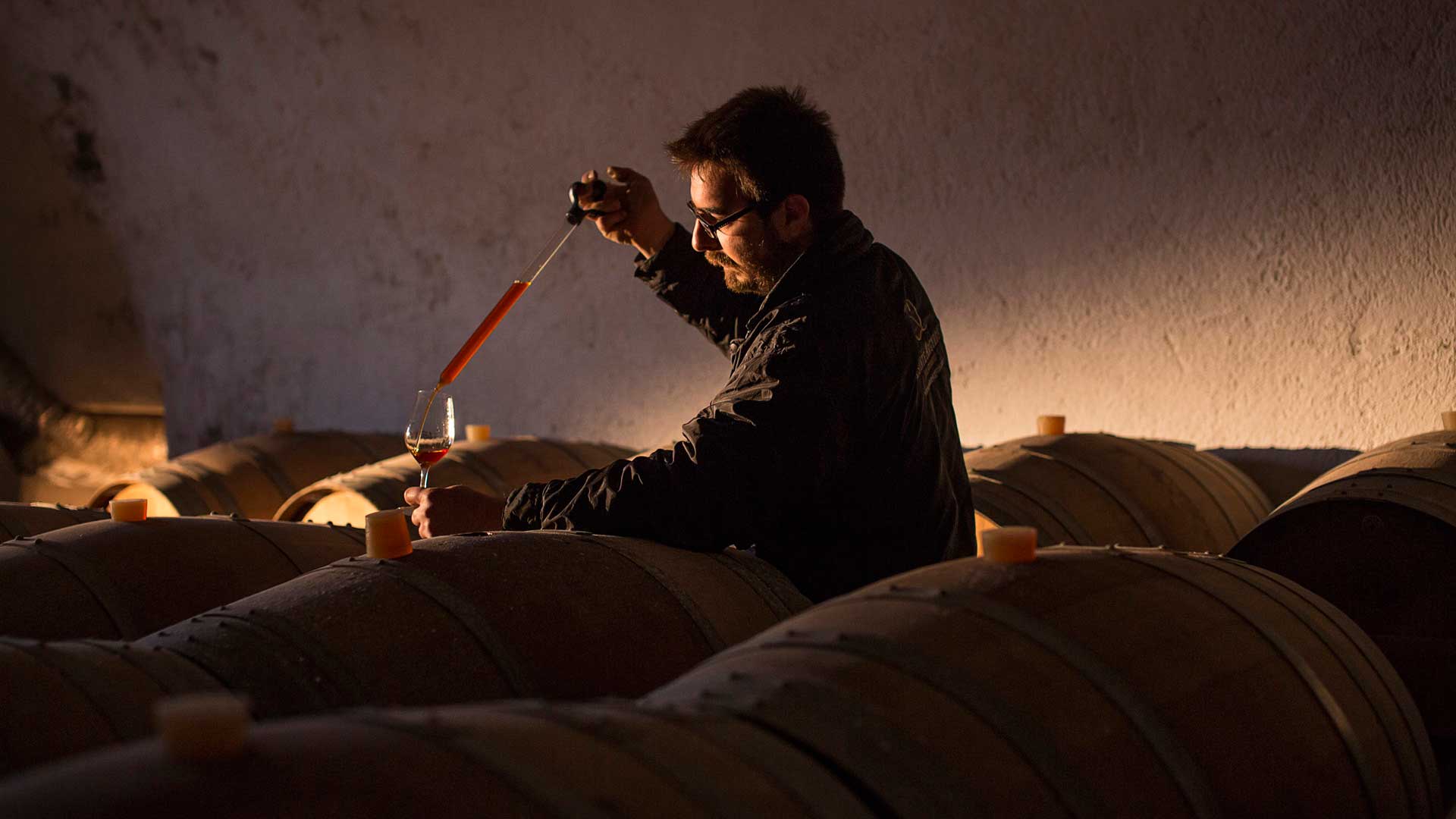 The Estate Argyros Winery, located in Episkopi and established in 2015, is a cutting edge establishment, certainly one of the most impressive on the island, covering more than 3000 m2.
Utmost care has been taken to create a most stylish and impressive visitors area, but most of the emphasis was placed in the production facilities, making sure that every stage of the wine making process can be handled with both maximum control and minimum intervention. 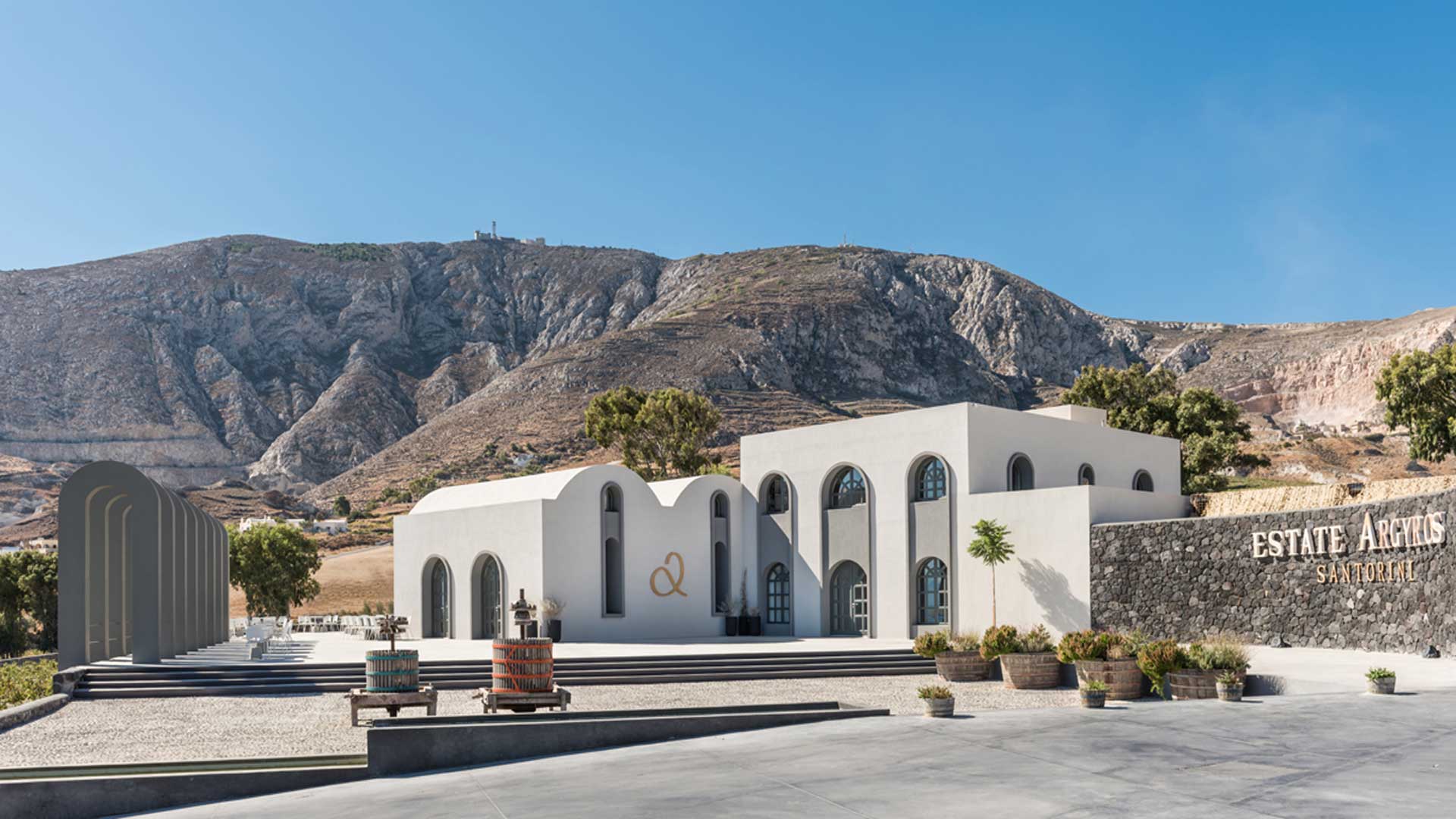 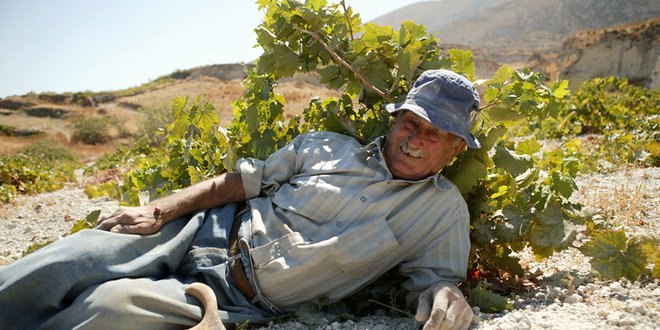 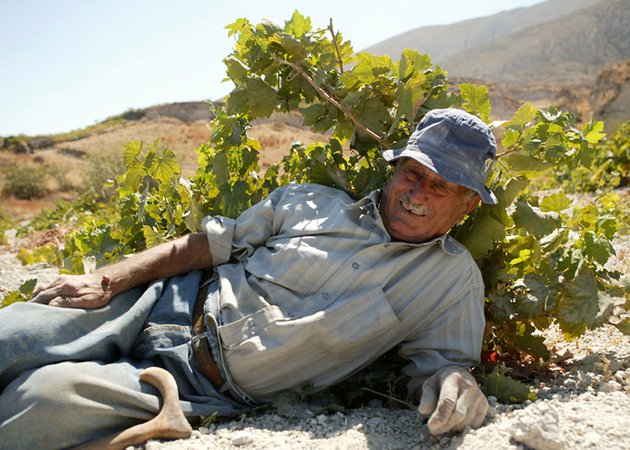 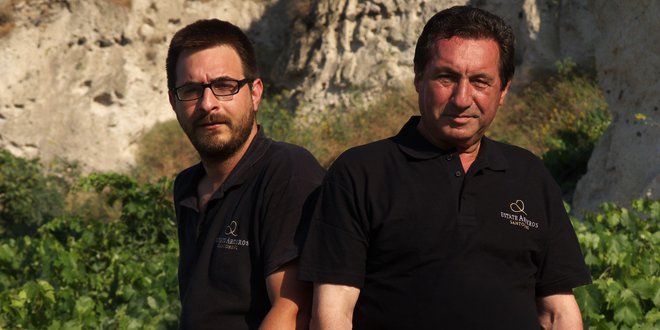 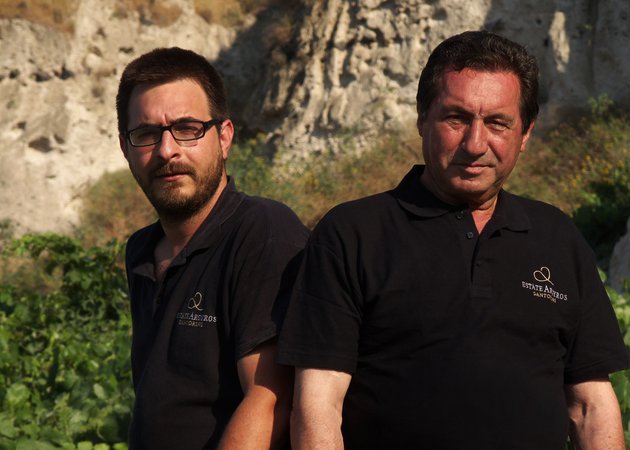 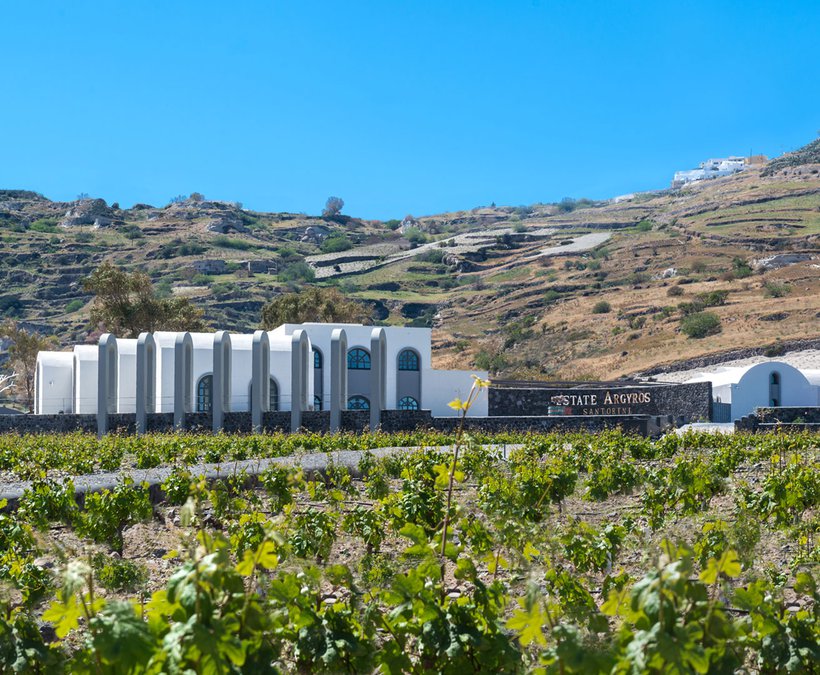 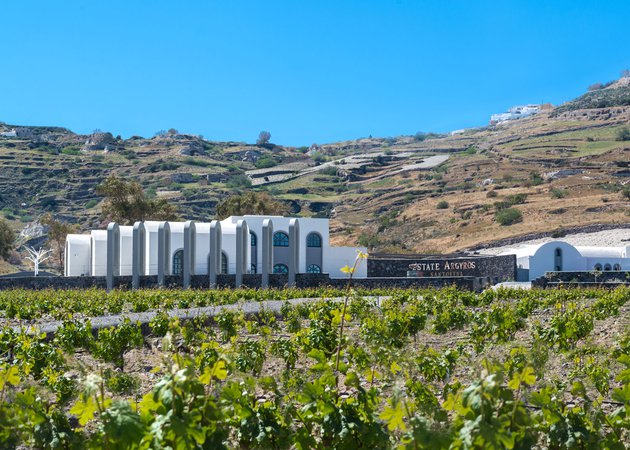 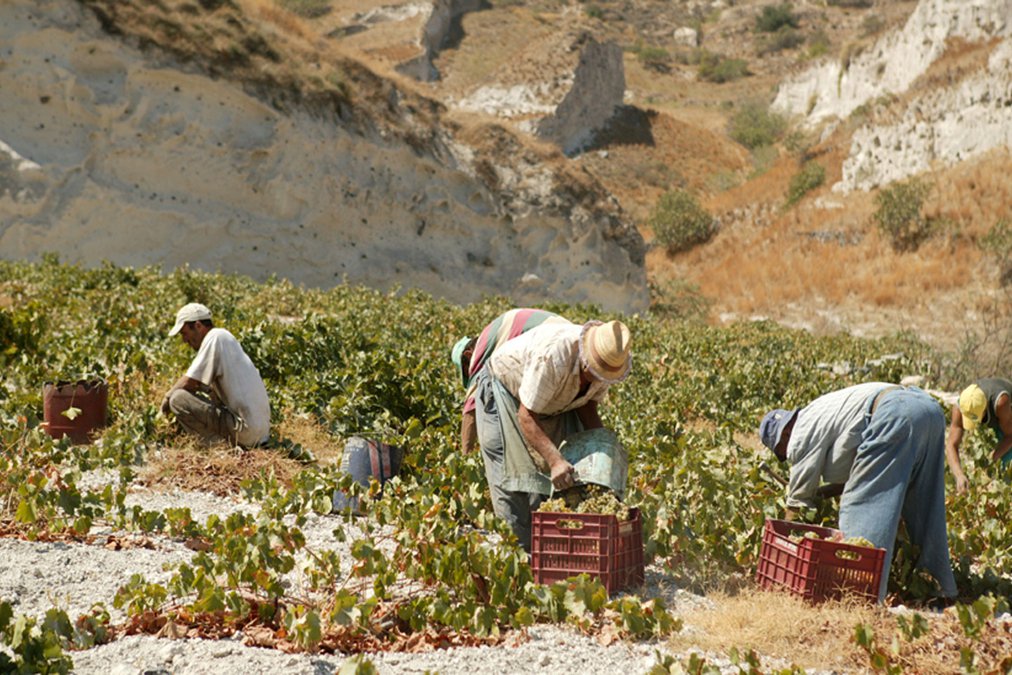 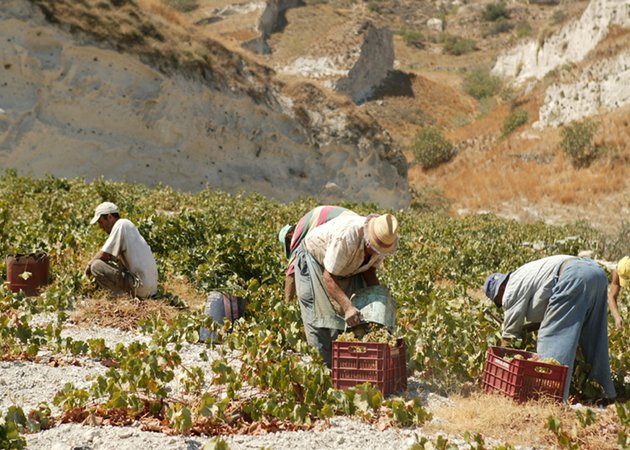 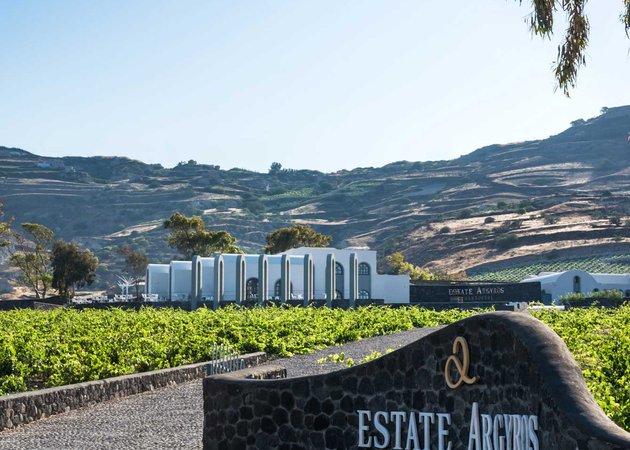 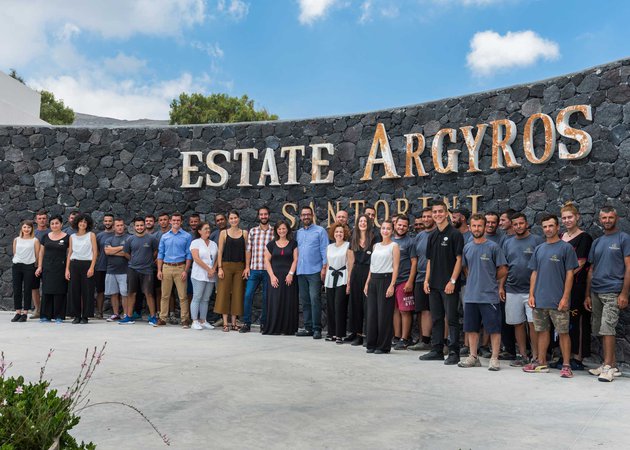 Our Philosophy
Estate Argyros works almost exclusively with old vines because only these vineyards can provide the depth, the definition and the concentration needed to produce the desired style of wine.
Read More

Ageing our wines
One of the signs of great quality is the ability to age, to stand the test of time.
Read More
The Wines