This site uses cookies to provide you with a great user experience. Select “Accept Cookies” to continue or “More Information” to view detailed descriptions of cookie types.

More Information
VERIFY YOUR AGE
ARE YOU OVER 18 YEARS OLD?
YES
NO
YOU HAVE TO BE OVER 18 TO VIEW THIS WEBSITE
Santorini

The most surreal vine growing environments on the planet.

/ The most surreal vine growing environments on the planet.

Santorini is one of the most surreal vine growing environments on the planet. The island sits on an active volcano, with extremely young and infertile soils, with almost zero potassium and almost zero clay. This last characteristic makes Santorini not just Phylloxera-free but Phylloxera-immune, meaning that the Phylloxera bug will never have the chance to invade the island.

The climate of the island is hot Mediterranean, with very little rainfall during the growing season but plenty of sunlight and fierce winds. Without fog coming out of the caldera every morning, providing moisture in a most sophisticated drip irrigation system provided by nature, very little vegetation could survive in Santorini.

The kouloura, basket shaped, training system of Santorini was developed, out of millennia of trial and error, as a response or even consequence of this bizarre growing environment. The compact shape of the basket protects inside it the flowers and later the fruit from the severe winds, while it also traps humidity. The downside of it is low, very low yields.

When the above ground part of the vine, the basket, gets too big and too hard to work with, it is removed, while a cane close to the root system, undisturbed by Phylloxera, is kept to provide growth for the new basket. Therefore, the age of the above-ground part of the vines in Santorini is usually different from that of the root system, which can exceed one or even two centuries. Santorini, for sure, contains some of the oldest vitis vinifera specimens in the world. 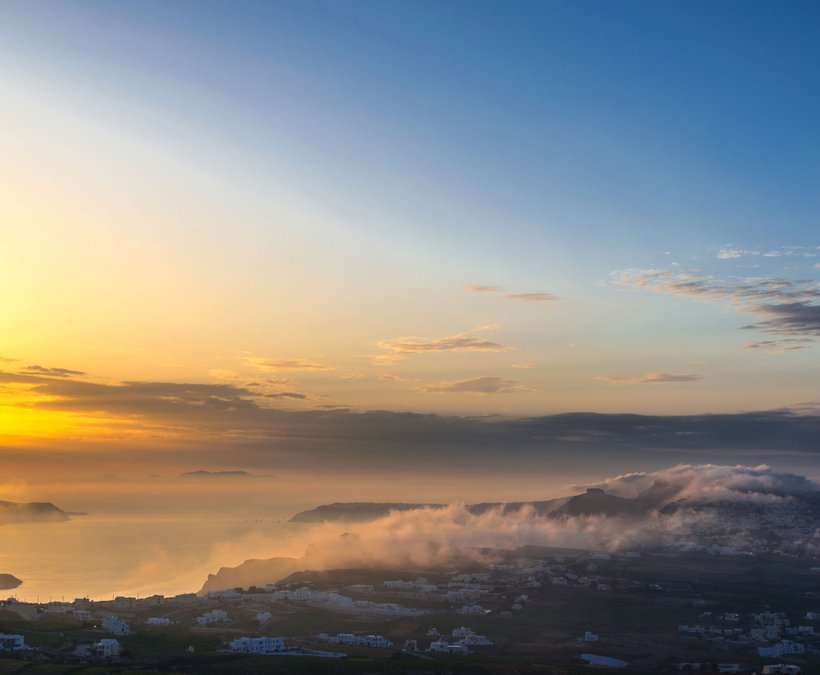 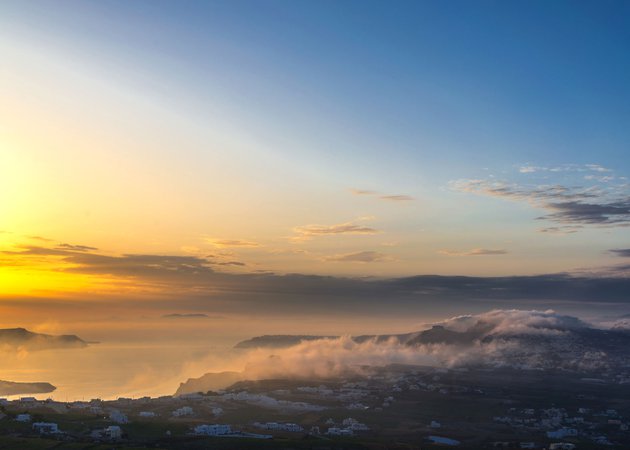 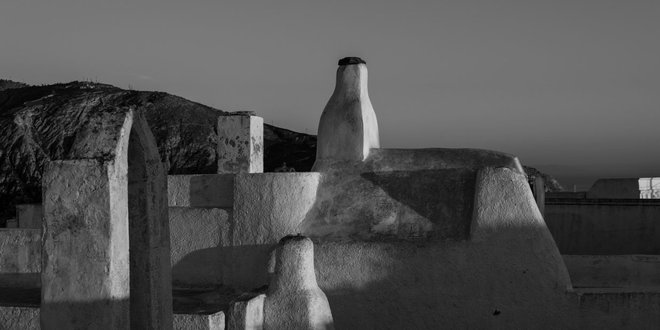 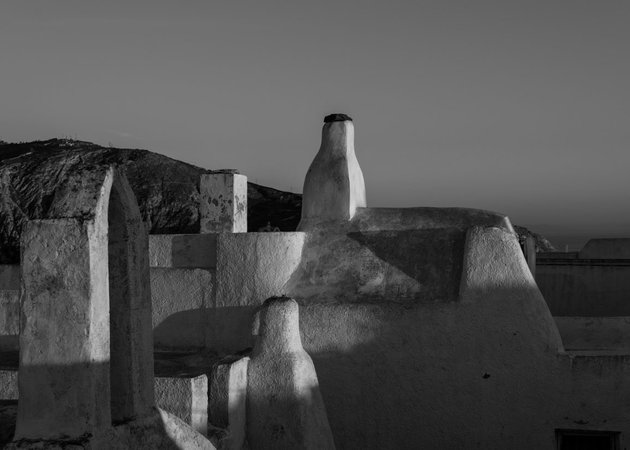 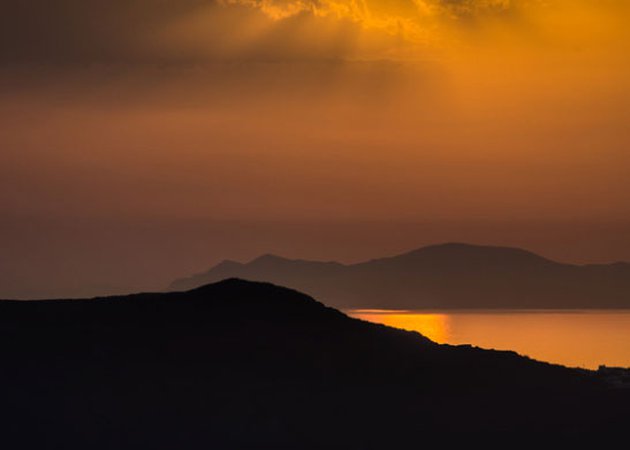 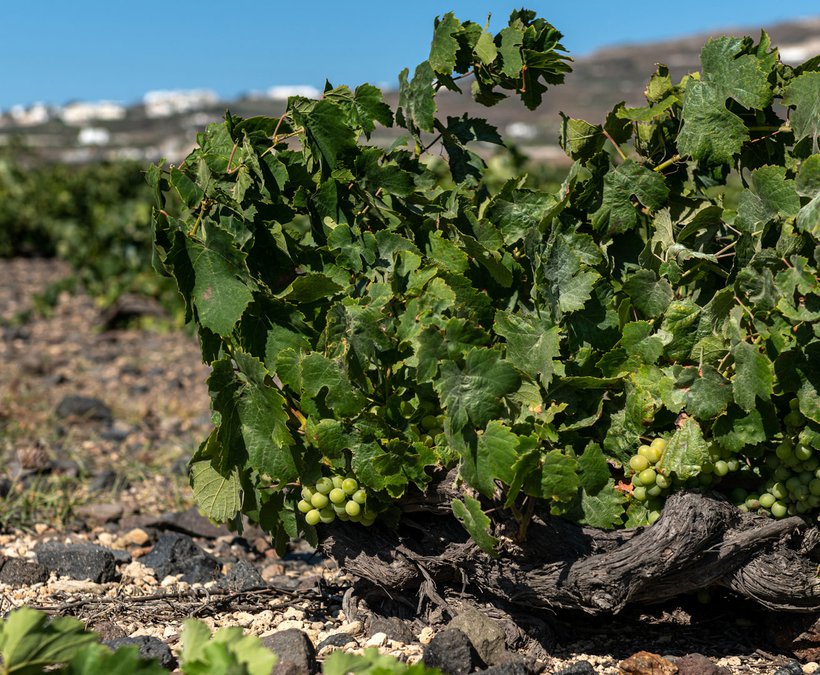 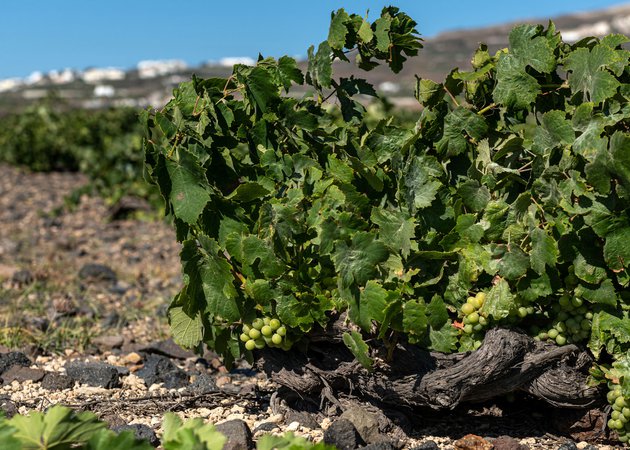 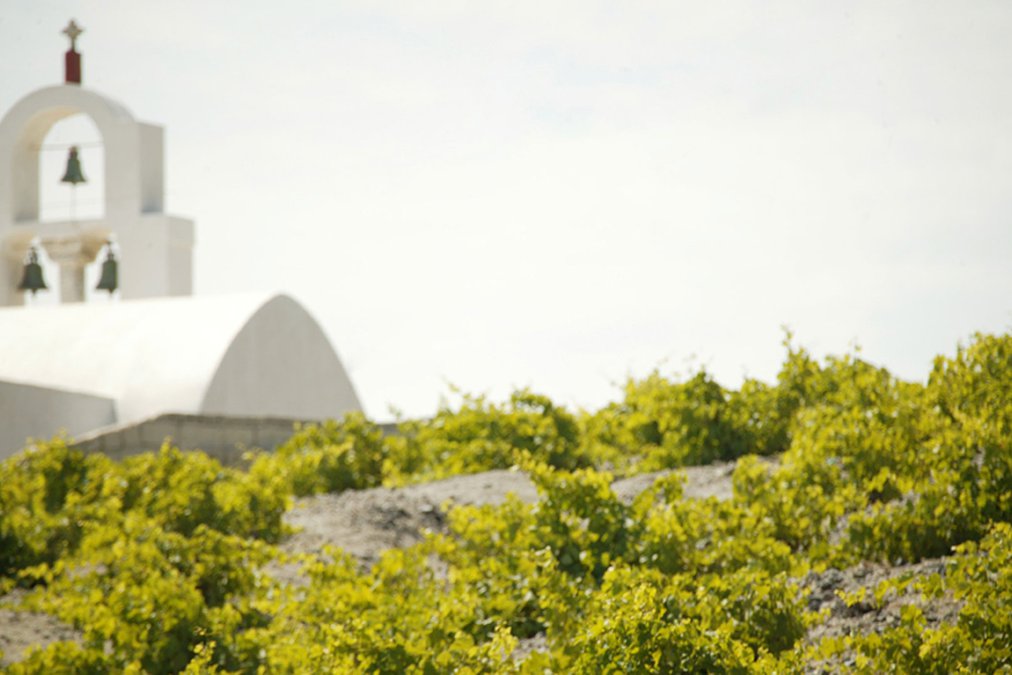 The Estate
Estate Argyros has been established in 1903, but the Argyros family has been involved in wine production for decades before that. Since the beginning, there has been a focus on both wine making and vine growing, through a deep understanding that great grapes are always a prerequisite for great wines. Each generation contributed to the development of Estate Argyros wines on both fronts.
Read More

Our Philosophy
Estate Argyros works almost exclusively with old vines because only these vineyards can provide the depth, the definition and the concentration needed to produce the desired style of wine.
Read More

Ageing our wines
One of the signs of great quality is the ability to age, to stand the test of time.
Read More
The Wines